It is with indescribable sadness that we must let you know that, after more than 13 years battling multiple myeloma, Yvon passed away last week.
In his name, the family wishes to thank you all for your support through the years, Yvon has faced a long struggle, with its share of ups and downs, but always with strength and a wonderful and positive attitude.
Posted by The Myeloma Fighter at 9:12 PM No comments:

Cryoglobulinemia What is it and how it affects some Multiple #Myeloma patients!

Cryoglobulinemia is the presence of abnormal proteins in the blood. These proteins thicken in cold temperatures.

Cryoglobulins are antibodies. It is not yet known why they become solid or gel-like at low temperatures. When this occurs, these antibodies can cause inflammation and block blood vessels. This may lead to problems ranging from skin rashes to kidney failure.

Cryoglobulinemia is part of a group of diseases that cause damage and inflammation of the blood vessels throughout the body (vasculitis). There are three main types of cryoglobulinemia. They are grouped based on the type of antibody that is produced:

Types II and III are also referred to as mixed cryoglobulinemia.
Type I cryoglobulinemia is most often related to cancer of the blood or immune systems.
Types II and III are most often found in people who have a chronic (long-lasting) inflammatory condition, such as an autoimmune disease or hepatitis C. Most people with this form of the disease have a chronic hepatitis C infection.

Other conditions that may be related to cryoglobulinemia include:

Symptoms will vary depending on the type of disorder you have and the organs that are involved. Symptoms may include:

Most of the time, mixed cryoglobulinemia does not lead to death. Outlook can be poor if the kidneys are affected.

Call your health care provider if:


Posted by The Myeloma Fighter at 9:27 PM No comments:

$10.00 donation to CIBMTR and ASBMT for every 10 Tweets and Retweets which include the Hashtags #IMambo4Myeloma and #BMTTandem16

#IMamboforMyeloma is going to #BMTTandem16! To help raise #MultipleMyeloma awareness among bone and marrow transplant specialist members of the Center for International Bone & Marrow Transplant Research (CIBMTR) and the American Society of Blood & Marrow Transplant (ASBMT), Sanofi Genzyme will raise recognition for the Multiple Myeloma Community at the upcoming #BMTTandem16 Annual Meeting in Honolulu, Hawaii, February 18th through February 22nd.

Sanofi Genzyme will make a $10.00 donation to CIBMTR and ASBMT for every 10 Tweets and Retweets which include the Hashtags #IMambo4Myeloma and #BMTTandem16, starting NOW through February 23rd.. So please start Tweeting and be sure to include the hashtags #IMambo4Myeloma and #BMTTandem16 in each of your tweets and RTs. Follow Sanofi Genzyme on Twitter @SanofiGenzyme

Our #myeloma awareness initiative continues to BUILD a bridge for raising funds!

Sanofi Genzyme developed Isatuximab (SAR 650984) which is another anti-CD38 antibody that has shown single-agent activity in Phase I testing among heavily pre-treated myeloma patients.

There is NO limit to the amount of times you can tweet and retweet this photo and the #IMambo4Myeloma #MBTTandem16 Hashtags! Please HELP !!

Posted by The Myeloma Fighter at 6:28 PM No comments:

I want to wish to all my fellow Multiple #Myeloma Fighters a Happy Valentines day! 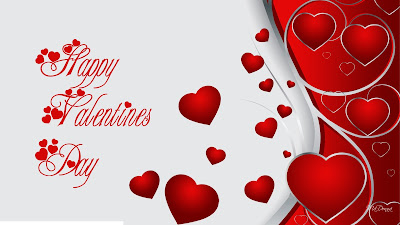 Posted by The Myeloma Fighter at 10:43 PM No comments:

Sean’s Burgundy Thread on Multiple #myeloma!: Give Me A K!

Sean’s Burgundy Thread: Give Me A K! 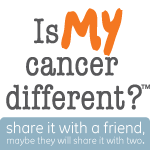 The Myeloma Fighter
Ham-Nord, Quebec, Canada
Born in 1962, I was diagnosed with Stage III Multiple Myeloma IgG Lambda in June 2003, had my first Bone Marrow or Stem Cell transplant on July 18 2005 and stayed in Complete remission for 4 1/2 years. Had my second Transplant in January 2011 and had a good 3 1/2 year remission. Now it's round 3 ! Throughout these past 12+ years I have been through many Hospitals and treatments even in Europe, so PLEASE feel free to ASK any questions you may have and I will gladly reply the best I can. Keep Fighting! https://www.facebook.com/MyelomaFighter